Garrett Enloe grew up in a household filled with music. His mother worked at Now and Then Records. The house was filled with records and music memorabilia, including a jukebox that plays 45s. His parents took him to his first concert — Beatlemania at The American Theater  — in 1979 when he was 5 years old.

Stacy Shelton grew up in a household filled with music. Her parents were avid KSHE-95 listeners, and her mother often took her to the radio station in Crestwood, Mo., to buy concert tickets or collect prizes that she had won from radio contests. Stacy attended several outdoor concert events with her parents, but her mom and aunt took her to her first “real” concert to see Van Halen at the Checkerdome in 1984.

The two met while waiting in line at the American Theater to see Jackyl in 1994, but didn’t start dating until running into each other at two more concerts. They bonded over their love for music and married in 2000. The cake cutting song was “Lumberjack” by Jackyl.

Garrett was so excited about the rare addition to his music memorabilia collection that he decided to start a Mississippi Nights Fan Page on Facebook. He wanted to create an online community for people to share their memories of the venue.

Within two years the fan page had grown to about 2,000 members. The outpouring of love for Mississippi Nights was immense. Garrett decided that he had to write a book to chronicle this iconic venue and preserve its memory. Knowing the gravity of the project, Stacy initially resisted, but eventually joined him in the journey.

Since starting the book project, the fan page has surpassed 4,300 members. Stacy and Garrett are nearly finished writing the book. When it is published it will be available here. 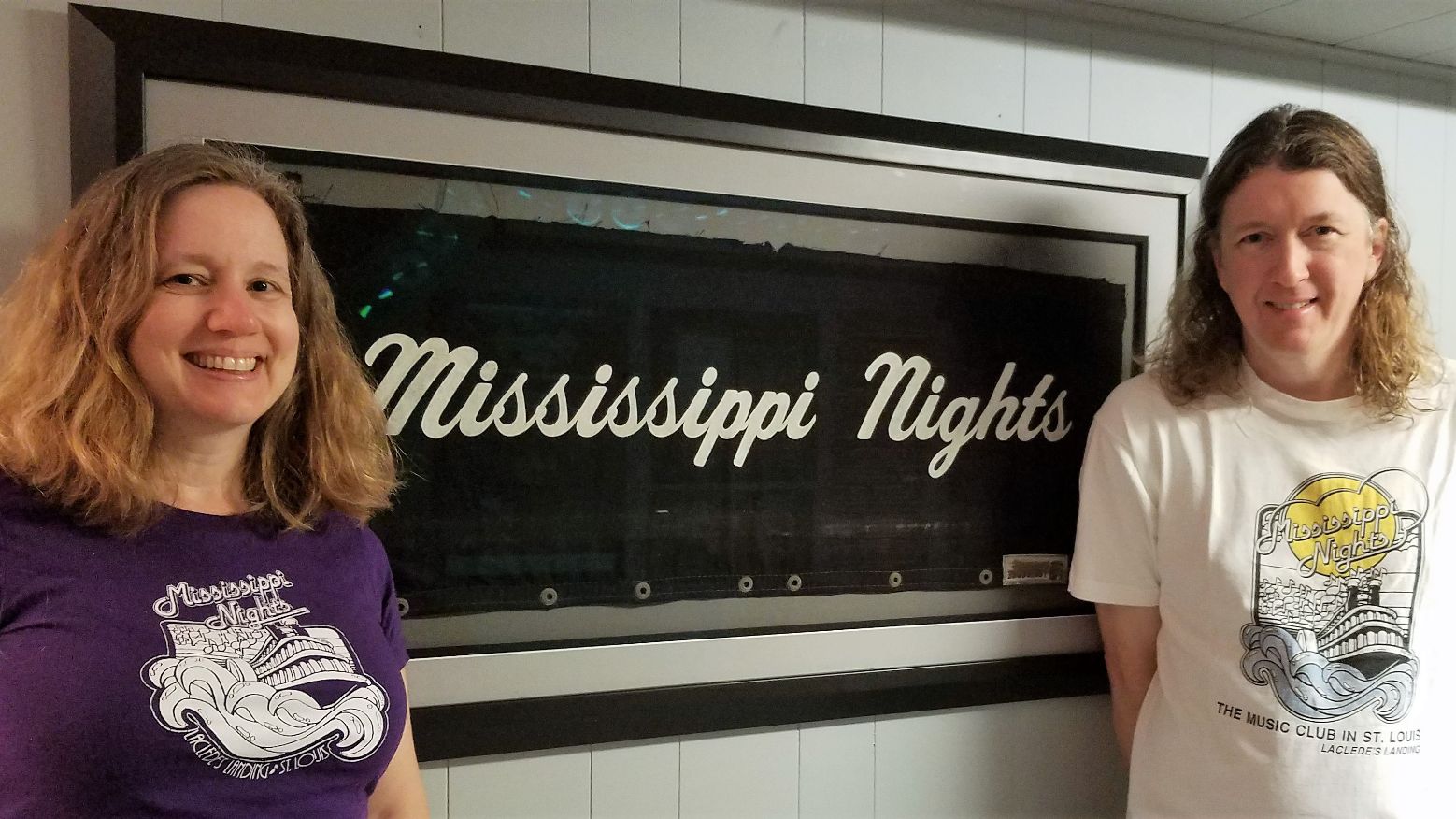